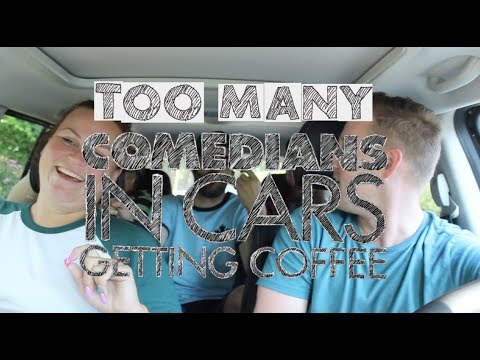 TOO MANY… Comedians in Cars Getting Coffee

A parody of the great Jerry Seinfeld show on Crackle. Love that show. It’s the best. Here’s what it would look like with TOO MANY… Comedians in Cars Getting Coffee
Subscribe: http://bit.ly/WesSubscribe | Follow my IG: http://bit.ly/StuntMagician

Wes Barker is a magician and comedian doing funny tricks, and telling great stories. Watch here for hilarious magic, stunts, and pranks. I am funniest magician that is also a stand-up comic, or maybe I’m the comic who is best at magic. Either way you get the idea. I tour all over doing colleges, comedy clubs, and corporate events. Catch the adventures and tricks right here. With this magician / comedian based out of Vancouver, Canada. I make funny stuff. That’s my only rule. Everything has to be funny, from street magic to stage illusions, as long as there is a joke to be made. I do magic tricks, sketches, stand-up comedy, card tricks, mind reading, and tricks with naked people. I’ve been on America’s Got Talent, Penn & Teller: Fool Us, MTV Greatest Party Stories Ever, and Wizard Wars. You can find me picking up chicks with sleight of hand, doing tutorials, and/or the occasional bar bet.