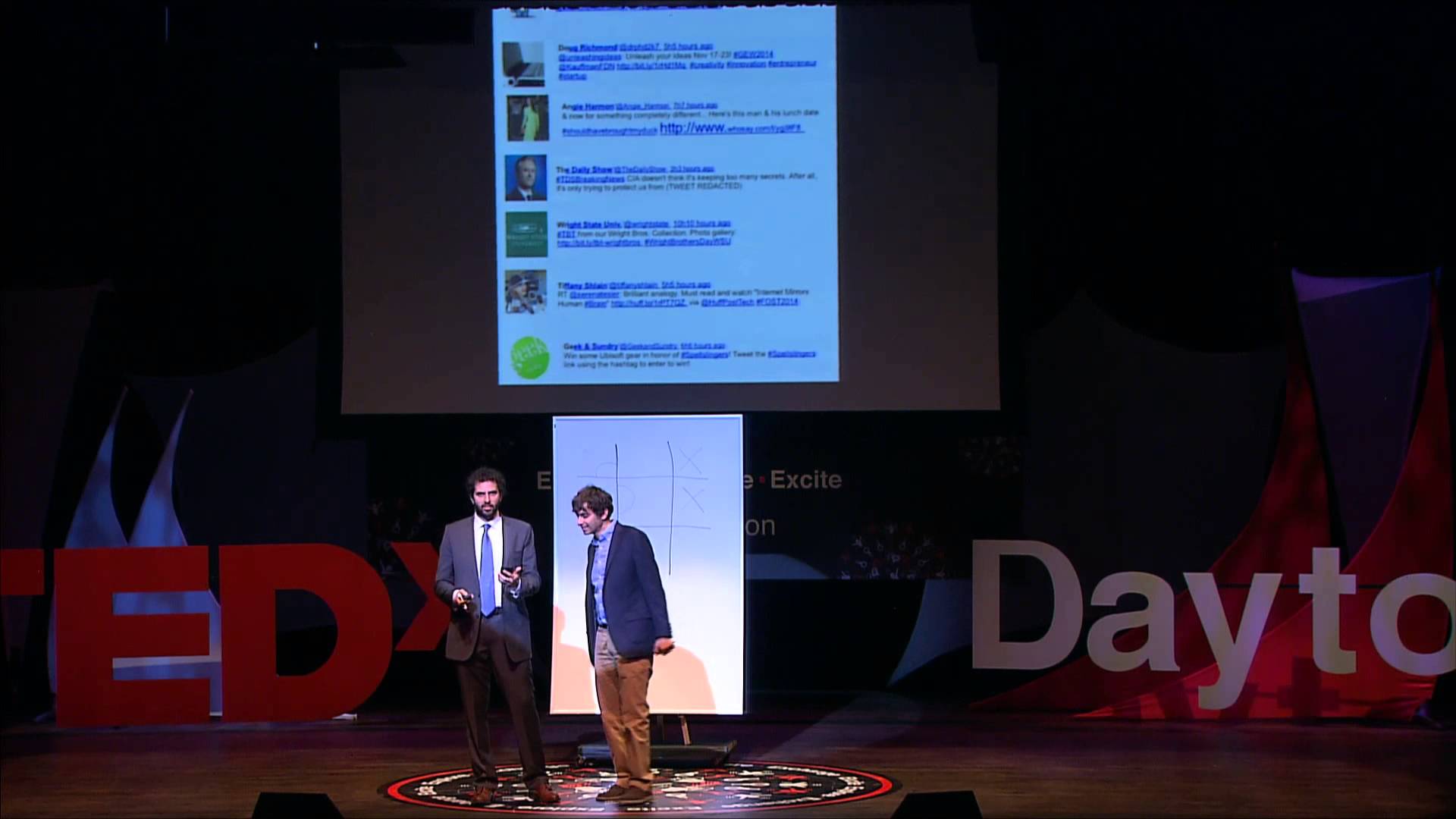 This talk was given at a local TEDx event, produced independently of the TED Conferences. For over a decade, Stephen and Joel have been creative partners, all while living on different coasts and in different time zones. They’ve condensed their formula for collaborative success into ten basic rules, which they share in their talk.

As the “Levinson Brothers,” Joel and Stephen, both comedy writers and producers, most recently released “2776” a Billboard-charting music/comedy album featuring 28 tracks and over 80 musicians and comedians, including Patton Oswalt, Margaret Cho, Aimee Mann, Ed Helms, Dick Cavett and dozens more, as a benefit for the charity OneKid OneWorld. They’ve written for Web and won Best Animation at the New York Television Festival. They are currently working on a self-produced, feature-length comedy to be filmed in their hometown of Dayton.