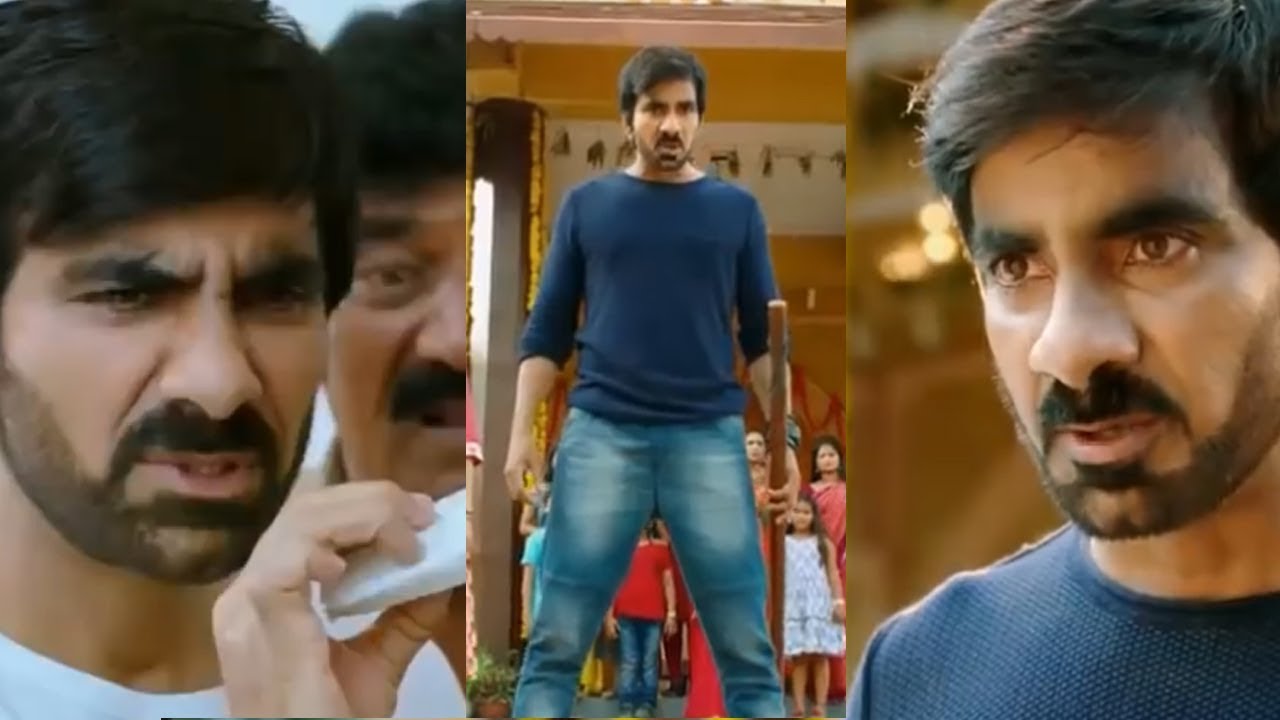 Raja The Great back to back dialogues Ravi Teja Mehreen Pirzada _ Dil Raju,

Ravi Teja returning to silver screen after a gap of two years and playing the part of a blind person has created enough hype around “Raja The Great”. Added to this, the film is directed by Anil Ravipudi who has given two hits earlier and is produced by Dil Raju.

Expectedly “Raja The Great” has hit the screens amidst great buzz. Let’s find out its merits and demerits.

Story:
Raja aka Raja The Great (Ravi Teja), who is blind, lives with his mother Ananthalakshmi (Radhika) who is a head constable. Her ambition is to make him a police officer. Her officer agrees to take this blind guy on a mission when she gives a bag of pootharekulu.

Now Raja is sent to save the girl Lucky (Mehreen) whose father, a police officer, was killed by a rowdy leader Devaraju(Vivan).

The rowdy leader’s next target is to kill Lucky who is hiding in Darjeeling. How Raja saves her with his tricks is the rest of the drama.

Artistes’ Performances:
Ravi Teja as a guy with no eyesight has given a good performance. Apart from the fact that he is blind, the role is not at all passive. He is as energetic as he was in his past movies. We see the energetic side of Ravi Teja even in this role. Radhika as his mother is good.

Mehreen looks better here compared to her recent movie ‘Mahanubhavudu’. Her acting though is bad.

The comedy track on actors like Rajendra Prasad and Prudhvi is archaic. Srinivasa Reddy and Sampath have given their best. Posani, Prudhvi, Sathyam Rajesh and other comedians have done some silly comedy episodes.

Ravi Teja’s son master Mahadhan appears in the childhood portions of Ravi Teja. He is promising.

Vivan plays the main villain has come up with an effective act despite poorly-written characterisation.

Technical Excellence:
Mohana Krishna’s cinematography is rich. He has captured the lush green beautiful locations of Darjeeling beautifully. Sai Kartheek’s music is a let-down. Dialogues are so

passé. The film has a run time of 149 minutes, which is comparatively short for a mass movie. However, the second half is long. Editing should have been crispier here. Dil Raju’s production values are good.

Analysis:
Kamal Haasan did the role of a blind man in ‘Amavasya Chandrudu’ and R P Patnaik did a similar role in ‘Seenu Vasanthi Lakshmi’ and most recently Mohanlal appeared as a blind man in a Malayalam movie called ‘Oppam’ (‘Kanupapa’ in Telugu). But this is the first time that a Telugu hero with a mass image has played such a role.

Ravi Teja agreeing to play the role of a blind person itself is appreciable and brings novelty to this otherwise routine and predictable mass drama.

For some Telugu directors like Anil Ravipudi, the world of mass heroes is same whether the hero has sight or not.

The hero has to bash up all goons, dress well, walk firmly, and indulge in all kinds of illogical acts even though he is born blind.

The director takes the audience for granted and wants us to believe that a Commissioner of Police assigns the job to a blind person when his mother bribes him with a pootharekulu butta!

In the end, the hero chases villains by tying bells to their car. He follows them by hearing the sound of bells, travelling by bus and being on top of a train for many kilometres.

One may ask why should one look for logic in masala entertainers, but when you make a film with a blind protagonist, shouldn’t the makers maintain minimum logic?

Logic aside, the story and narration is also quite predictable. The story is very simple: a girl is being hunted by a rowdy and hero has to save her. This line is as old as the hills and the screenplay is too cliched.

As if the director thought hero being blind is enough for novelty element, he makes the story in a predictable manner.

Though Ravi Teja is quite effective and energetic in his acting, the comedy is so clichéd. The so-called “Uu Uu…it is laughing time” mannerism is also irritating.

The first half of the movie is okay and makes time pass viewing but the film turns dreary when the story moves to the house of Posani and gang. The comedy track filmed there is so boring.

And the film has two or three climax sequences. As we are about to leave the theatre thinking it has ended, the movie continues again with a song and