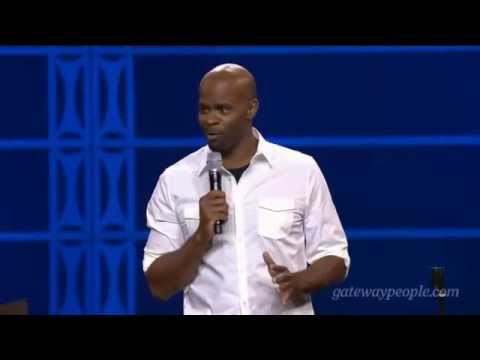 Bio (from http://michaeljr.com/about)
Once in a generation, a comedian comes along who speaks to everyone. Today, that comedian is known simply as Michael Jr.

Imagine a line from Bill Cosby to Jerry Seinfeld and you’ll have an idea of Michael’s influences. Watch him onstage and you’ll see a man at ease…with himself, his audience, and his message. Listen to his voice and you’ll detect a comfortable, conversational style that hides a sly sense of mischief. Hear his words and you’ll laugh at the universal themes that connect us all.

Hailed as one of today’s most gifted comedians, Michael’s entry into comedy was almost preordained. Years ago in a crowded Grand Rapids, Michigan movie theater, the projector malfunctioned. The film snapped, the house lights came on, and acting on a dare, young Michael jumped in front of the restless crowd and took center stage. When the theater manager tried to usher him out, the audience demanded he stay…and Michael Jr. discovered his gift.

Comedian George Wallace offered Michael his first break when he took him to the legendary Comedy & Magic Club in Hermosa Beach, home of Jay Leno and “The Tonight Show” staff. The club’s owner slipped Michael onstage…and a week later Michael was performing at the “Just for Laughs” comedy festival in Montreal, where he became the first comedian to ever appear live via satellite on “The Tonight Show.”

That performance catapulted Michael’s career and has resulted in additional appearances on The Tonight Show, Comedy Central, TV One, The Late, Late Show, BET’s ComicView, Jimmy Kimmel Live, SiTV, CNN, The Tom Joyner Show, The Bob and Tom Show , DayBreak USA and Bryon Allen’s Comic Unleashed and ComedyTV. You’ll also find him at the most prestigious comedy clubs across the nation, including The Improv, The Laugh Factory, The Comedy Store, The Punchline, The Comic Strip, and Zanies Comedy Club. And, if that’s not enough — Michael’s versatility takes him from major universities such as Notre Dame, the University of Massachusetts, and the University of Alabama, to church events ranging from the 60,000 member Willow Creek Church in Chicago to the 17,000 member West Angeles Church in L.A to the 10,000 member New Life Church in Colorado Springs.

How can one man be equally at home in the heartland and the inner city, churches and prisons, corporate events and youth rallies? Michael calls it comedy accountability.

It is this versatility that has enabled Michael to author a children’s book — The Parts We Play, to be featured in the wildly successful comedy DVD Thou Shalt Laugh, and to have made his directorial debut with Comedy The Road Less Traveled, that is available in stores nationally, Amazon.com or www.MichaelJr.com

On the home front, Michael is happily married. He and his wife are the proud parents of five beautiful children.