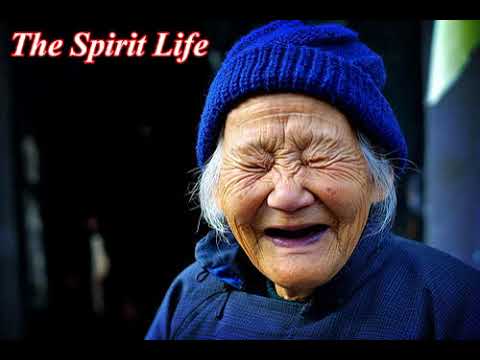 Laughter in an Insane World

Please SUBSCRIBE our channel to receive useful videos for you daily: https://goo.gl/3nX1RW.
Let’s be honest: We live in a crazy world with a lot of (mostly) well-meaning but crazy people. Unless you frequently meditate or go live in the mountains somewhere, it’s difficult to escape the insanity of our modern world.

I’ve witnessed too many people on social media claim to be “enlightened” before getting into the kinds of arguments you’d expect from a twelve-year old. I’ve seen people attempt to be a voice of reason on the internet only to be drowned out by a sea of passionate anger from those who’ve long abandoned reason.

Most people would rather fight over their differences than work together to improve a world they claim to care about. If you try to approach them with reason, they’ll drown you out like a toddler throwing a tantrum. Sadly, their tantrum will garner much more attention than your plea for sensibility.

For some reason, we’re more attracted to being outraged (and outrageous) than being sensible. Maintaining a sense of humor allows you to laugh at this craziness instead of letting it make you think humanity is hopeless.

Laugh at the World
It’s easy to be depressed about the state of the world. These days, it’s especially easy to attract hate because of your race, age, beliefs, country of origin, or other similar things about you.

So, what should we do?

We should laugh at the chaos. We should look at our society – our “leaders”, the highly opinionated public they try to “lead”, and most importantly, ourselves – and have a good laugh at it all.

I believe this is one of few genuine ways we can give important issues attention and, as crazy as it sounds, maybe even solve one or two of them. Humor creates a conversation in which everyone can feel welcome by, ironically, having their viewpoint satirized.

With everyone’s viewpoint properly trashed, we can have actual debates in which neither side takes itself too seriously and emotions don’t get in the way. We can be aware of the importance of the issues we discuss and still laugh at them together. In doing so, we might even get somewhere. For once.

The world isn’t the only thing we should laugh at. Laughing at your flaws humanizes you and makes them easier to talk about. Most introverts avoid social situations because they worry that if they let their personality show too much, their flaws will become apparent and their “friends” will laugh at them. Most of us want to avoid feeling like nobody likes us.

If we can laugh at our flaws straight out of the gate, we can show those who’d use them as fuel for their hate-fire that they don’t bother us. They’ll see that they can’t get under our skin because we already laugh at ourselves.

We’ll feel more comfortable around people because we’ll no longer try so hard to maintain a false image. We’ll be open about our good and bad qualities, inviting people to accept us for who we are or not.

Laugh Because It Makes You Think
Humor can undoubtedly be used negatively, but most people who joke about controversial topics do it to get people to laugh and think.

Those who can’t lighten up may not see the humor in some controversial topics, but laughter can nonetheless bring awareness and inspire change. To joke about something is not to be unaware of its severity, but to lay a foundation of humor that makes people comfortable talking about it. In this way, we can get the masses to discuss things they prefer to ignore.

How do you think comedians get people to laugh about serious or extreme situations? This doesn’t mean they or their audience fail to realize the extreme nature of what they joke about.