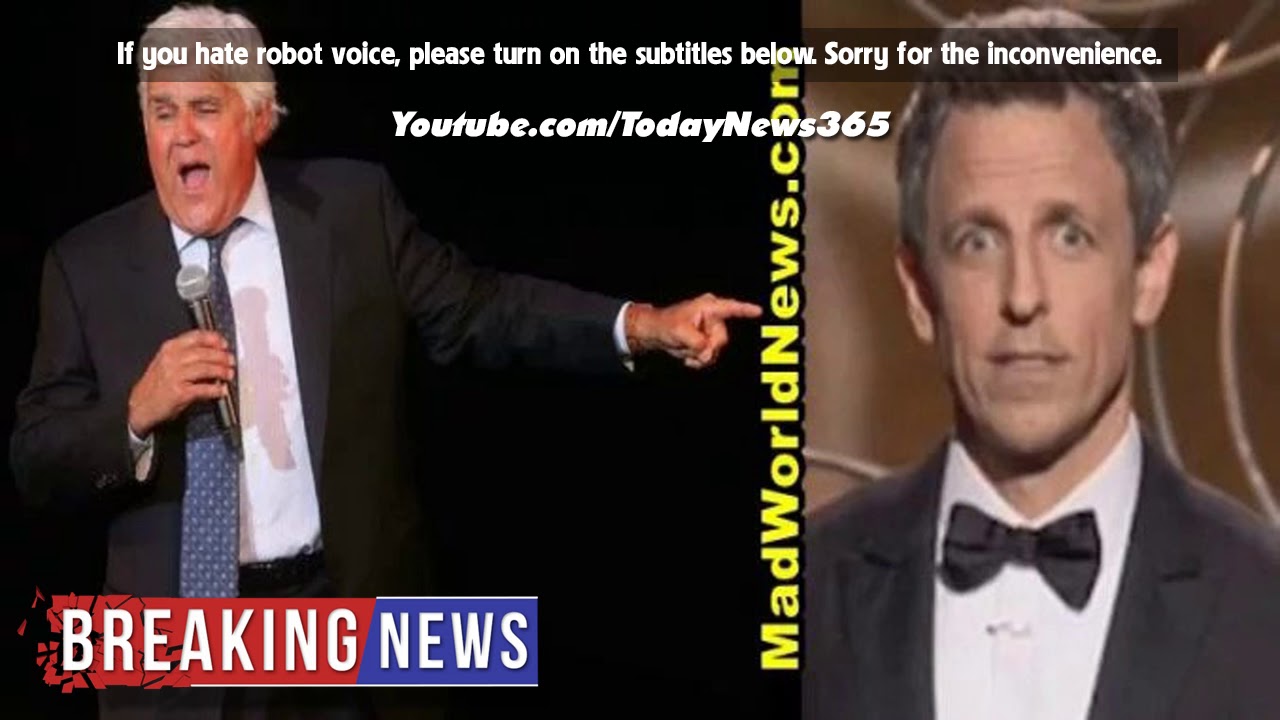 Gone are the days when comedians put laughs above politics. Nowadays, every late-night television host seems to be the same breed of a one-trick pony, and bashing President Donald Trump is their only calling card. Well, Jay Leno has something to say about that. He didn’t hold back either, dishing out a brutal reality check that his colleagues sorely needed to hear.

Leno was interviewed by The Hollywood Reporter this week, and he shared an unexpected perspective on all of the Trump-bashing going on between current late-night television hosts. Their jokes are “depressing,” he said, and not funny at all, considering there’s no originality.

It’s been almost four years since Jay Leno signed off of NBC’s The Tonight Show, and to hear the former late-night staple tell it, he doesn’t miss having that platform.

Currently the host of CNBC docuseries Jay Leno’s Garage, the car enthusiast is still an avid consumer of late-night fare, watching his Tonight Show successor Jimmy Fallon and NBC’s Late Night With Seth Meyers as well as ABC’s Jimmy Kimmel Live and CBS’ The Late Show With Stephen Colbert, among others.

The Hollywood Reporter caught up with Leno at the Television Critics Association’s winter press tour, where he appeared Tuesday night to support Garage, to get his thoughts on how late-night hosts are covering President Donald Trump, if he misses having a platform and if, like David Letterman, he’d want to return to the desk for a streaming show. [Source: The Hollywood Reporter]

“Late-night has always been pretty topical. The only trouble is now everyone has the same topic. It’s all depressing Trump stuff,” said Leno. “Now, it’s all anti-women, anti-LGBT, anti-Muslim, anti-Mexican, anti-Salvadoran; it’s such a negative thing,” he continued.

“God bless all the late-night hosts, they make it funny, but ultimately, it’s depressing,” he added. “You don’t really watch late-night TV to get away from reality anymore; now it’s more in your face. You laugh but then you go to bed going, ‘Oh man, the world is really pretty rough.’”

Now, mind you, Leno is no fan of President Donald Trump. In fact, he’s one of the president’s fiercest critics. The rest of his interview was chock-full of anti-Trump references and support for pussy hat-wearing feminists. If Leno thinks all of the late-night Trump-bashing is depressing, it’s safe to say that it’s gotten out of hand.

Seth Meyers’ opening monologue at the Golden Globes last weekend was no exception, and it proves as much:

Someone in the industry who has taken a different approach is Roseanne Barr, who not only supports President Donald Trump but portrays a Trump supporter on television, as well.

Roseanne Barr defended her support for President Trump and her choice to make her sitcom character a Trump supporter in the upcoming “Roseanne” revival heading to ABC in March.

Barr said making her sitcom counterpart a Trump supporter made sense for the show about a working-class American family. [Source: Fox News]

“It’s just realistic,” said Barr. “I have always … attempted to portray a realistic portrait of the American people and working class people. And, in fact, it was working class people that elected Trump so I felt that was very real and something that needed to be discussed,” she added.

“I think it was time for us, as a country, to shake things up and try something different,” she said of electing Trump. “He says a lot of crazy sh*t but I mean… I’m not a Trump apologist.”

Perhaps comedians like Seth Meyers and Jimmy Fallon ought to take a lesson from Roseanne Barr instead of alienating millions of their viewers. They will never leave the legacy that comedians like Jay Leno and Johnny Carson did, and they’ll have their own political bias to blame.