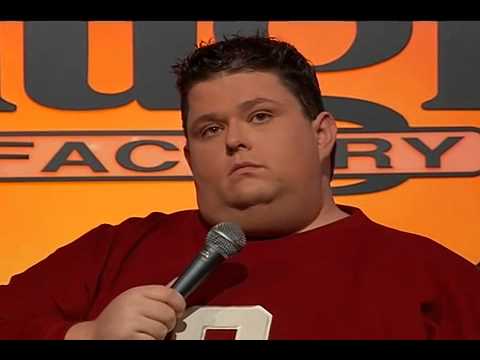 Today October 6, 2017 we mourn the loss of Ralphie May, one of my favorite comedians of all time, and my friend. Working with him on the couple projects we did together were fun, and memorable. We always talked about a TV series, but his busy schedule as well as my own never allowed our paths to intersect. Directing his first comedy special “Just Correct”after finishing Last Comic Standing was a real honor and privilege. Just Correct continues to be one of my favorite career projects. He was blessed with so much including his wife and kids. Ralphie will be surely missed by millions.Ralphie’s first Television Special which followed the completion of season 1 for Last Comic Standing, a comedy series based on an earlier creation of my own titled National Lampoon’s Collegiate Comedy Pop Off. I enjoyed directing this project very much. I felt it was an outstanding show and Ralphie kills every time. Thanks Ralphie, friends for life…

While we were editing this show, Ralphie and a few other comedians including his lovely wife Lahna went to Iraq. He was the first American Entertainer asked to visit the troupes. I will be releasing the documentary of his trip there very soon titled, Iraq, A Video Diary by Ralphie May. Coming Soon!