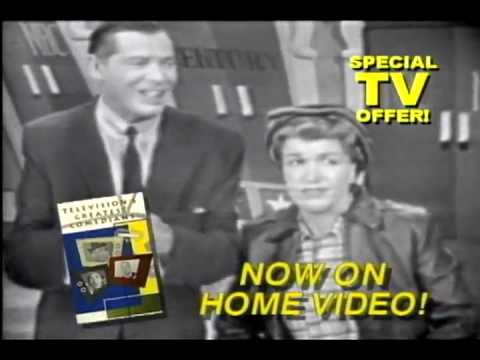 Visit http://www.tvscomedians.com for the full version of this collection of the greatest comedians from the early years of television.

Join celebrated television game show personality GENE RAYBURN as he takes you on a 90 minute laugh-filled trip down televisions memory lane to spend an evening with some of the funniest comedians to ever appear on your television set.

All the greats are here in this unique collection filled with little known facts, trivia, out-takes, bloopers, and live television sketches as they were originally broadcast.

Young and old are sure to enjoy this tribute to these early pioneers of TV comedy for many years to come. Great for Film, Radio and Television Classroom use, too!

This extraordinary collection contains classic comedy routines featuring 14 of America’s most loved comedians and comedy teams from the golden age of television comedy.