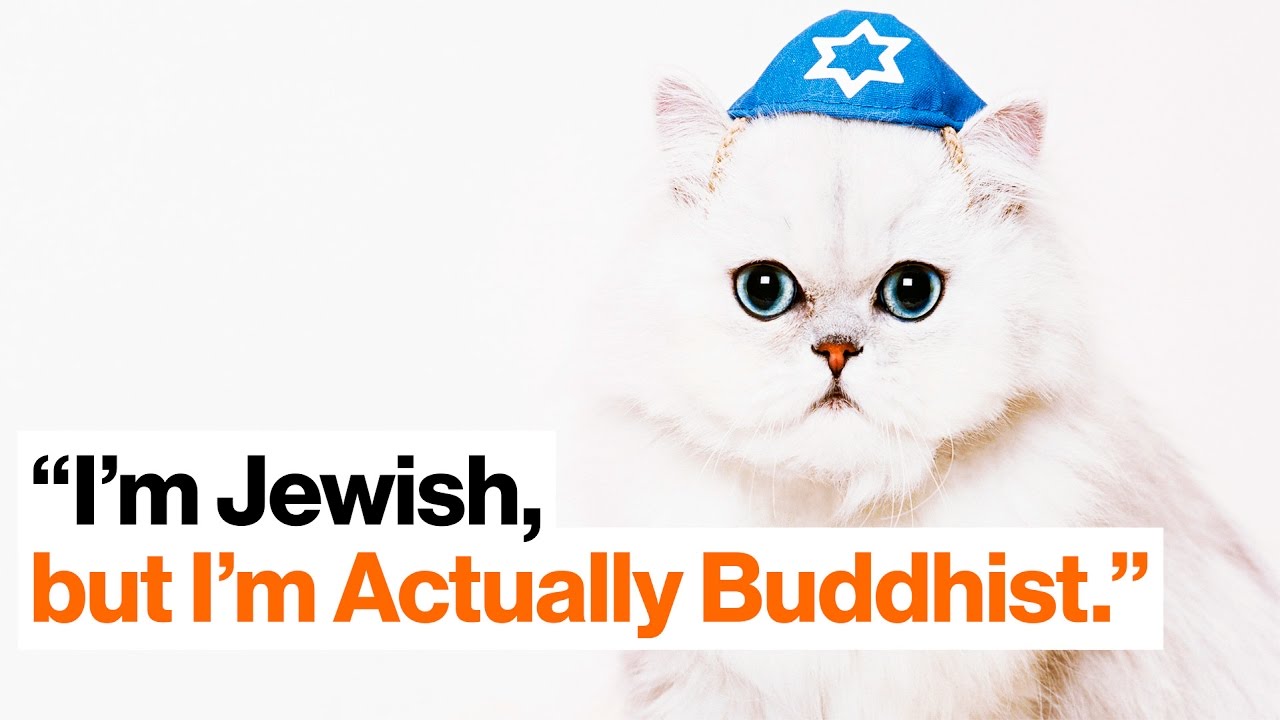 With something as sensitive as faith, humor isn’t just a handy way to bring people of various religions together, it’s an essential tool for social cooperation. Adam Mansbach finds plenty to laugh about within Judaism, the faith he grew up in, and believes that being on the margins of that community provides an incredible vantage point to witness how modern people try to squeeze themselves into the mold of millennia-old faith doctrines. A lot of creative talent has come from that uncomfortable squish: Lenny Bruce, Woody Allen, Philip Roth, Bernard Malamud, Norman Mailer all had one foot in the faith and the other foot out. Mansbach is Jewish, but he’s not you know, “Jewish”. And that is another absurd duality that is unique to Judaism. You can be Jewish and Buddhist — but if you are, put on a light suit of armor, because the comedians are coming. Adam Mansbach’s most recent book (co-authored with Dave Barry and Alan Zweibel) is For This We Left Egypt?.

Transcript: For me as a writer across all kinds of genres and disciplines, whether it’s screenwriting or literary fiction or obscene fake children’s books, humor is always one of the most important tools in my palette.

There are things that you can get people to come to the table on if you make them laugh that they’ll never sign on for if you don’t. It’s always a problem to be too pedantic, to hit people over the head, so things like satire and absurdity are both important ways to engage and start a conversation, and also fundamentally at this point critical ways to look at the world.

And I think all of those things are heightened when you’re dealing with faith because it’s so divisive, it’s so important to people, and at the same time feelings and tensions around it also run incredibly high.

So, for me, you know, with “Haggadah” in particular and some of the other work I’ve done in the past around faith, around Judaism, around religion as an identity and something that gets weaponized and something that people pick up and put down as they see fit and as they need to, you know.

For me as somebody who grew up culturally Jewish but in a very secular family and household and community, Judaism in particular has margins that are wide and very well-populated in the sense that there are many ways to be like alienated from the faith and yet not want to separate yourself entirely.

When I look at the Jewish artists in particular that I connect with, who resonate with me, you know, I find folks like Lenny Bruce, Woody Allen, Philip Roth, Bernard Malamud, Norman Mailer. None of these people were like hardcore in the bosom of Judaism. They all felt that sense of marginality, of alienation, and that’s where the pain and thus the art come from.

So I think humor plays directly into that. You have to have a sense of humor about it. You have to explore the fissures and the ways in which faith is observed, the ways in which constructing any community on this arbitrary set of ancient principles that folks may or may not even invest in in the current day and age. There’s something hilarious about that.

And the part of the Jewish tradition in particular that I connect with is the idea of arguing about everything incessantly forever, and the sensibility and the humor that have allowed folks to persevere through a lot of horrible shit throughout the centuries and maintain some grace in the face of all that. So for me ultimately Judaism comes down to the jokes.